Our forensic activities include, among other areas of forensic practice,assessment of a claimant’s neuropsychological status, concerning the presence or absence of cerebral dysfunction or damage in head trauma, including mild traumatic brain injury (mTBI) in both civil and criminal cases. We also conduct assessments of older adults for diminished mental capacity in decision-making (medical consent, financial capacity, testamentary,     and independent living). We are often asked to conduct Fitness for Duty neuropsychological evaluation of physicians or employees to determine if they have any cognitive or emotional disorders that would impede their ability to function in the work force.

kalinian, H. (2006). Is There Evidence for Mild Traumatic Brain Injury? A Case   for  the Expert Forensic Neuropsychologist

Referral questions in civil litigation typically involve determination of the presence or absence of neurological and/or psychiatric disorders, causality related to a specific event or injury, prognosis, medical necessity of treatment, and /or disability status.  The most frequent cases are those involving closed head injury although there has been an increasing demand for evaluation of the neuropsychological effects of neurotoxic exposure (i.e., Carbon Monoxide, pesticides, solvents), and effects of electrical injury.  In criminal litigation the neuropsychological examination may be used to assist in determining competency to stand trail, issue of responsibility for the crime, or in sentencing/mitigation. The scope of this paper focuses primarily on personal injury cases particularly those related to one of the most controversial, yet persistently disabling injuries involved in litigation; Mild Traumatic Brain Injury (mTBI).

Mild Traumatic Brain Injury is typically defined as, an injury to the head resulting in brief or no loss of consciousness, post-traumatic amnesia, and negative neuroimaging scans.  Those suffering mTBI typically evidence a range of impairments and levels of disability that in the long run, are often poorly associated with injury severity.  Few neurological disorders are as prevalent as mTBI, which has an estimated incidents of 350,000 new cases each year and according to the National Center of Health Statistics, approximately 85% of all traumatic brain injuries are classified as mild.   While most go unnoticed by the legal community, a large number of claimants seek legal representation for compensation of their sufferings.

In personal injury litigation, the presence, extent, and nature of cognitive dysfunction may be central to an individual’s claim of damage.  The assumption that any and all kinds of brain damage lead to similar behavior, and limitations in function are due primarily to severity of damages, is as erroneous as believing all roads lead to Rome.  It is crucial to distinguish between brain damage and cognitive dysfunction.  A brain damage is a pathological alteration of brain tissue identified by brain imaging techniques.  It implies clear and structural injury to the brain. However, classification of changes in brain physiology that is not reflected in structural modification of the brain is defined as cerebral dysfunction.  You may have had the misfortune of buying a brand new plasma television that did not work (despite having no physical damage).  Typically, a technician is called to evaluate and test the parts causing it to malfunction.  As in the case of the technician, the expert neuropsychologist administers test sensitive to even mild cognitive impairments. By administering these standardized tests, we can document the areas of the brain malfunctioning and its effects on quality of life.  While the neuropsychologist job is more complicated then a television technician’s, the principle task is the same-determine the cause and extent of dysfunction.

The brain controls how we think, behave and feel.  Just because there is no structural damage to the brain, does not mean there is no cognitive dysfunction or disability.  A person may have negative neuroimaging scans such as computerized tomography (CT), magnetic resonance imaging (MRI), electroencephalogram (EEG), single-photon emission computerized tomography (SPECT), functional MRI (fMRI), and positron emission tomography (PET), and continue to experience cognitive or behavioral difficulties. As advanced and technologically sophisticated as they may be, neuroimaigng cannot explain why a claimant is reporting difficulty returning to work or managing daily responsibilities or making decisions. The forensic neuropsychologist, trained and experienced in assessment of cerebral dysfunction and its impact on quality of life, could answer those and other questions. When a patient sustains a MTBI from an accident, the damage to the brain may be none or minimal, but the consequences could still be catastrophic.

Traumatic brain injury occurs in many forms, ranging from a fall or blow to the head resulting in concussive injury, gun shot or other penetrating wounds or classic automobile or motorcycle impact.  There are constellations of symptoms produced by different kinds of injuries, including neurological, psychological, affective, cognitive, and behavioral.  When there is impact to the head, the scalp, skull, the covering of the brain (meninges), and the brain itself are affected to some degree and respond to the insult differently.  The manner, in which these various parts react, depends on many factors.

All of these combine to produce the final product or result. This phenomenon is sometimes called “waterfall” because the physical event may produce primary injuries to one or more components of the brain. The primary injury produces local injuries that may be insignificant and can be repaired or resolved over a longer period of time, and those that cannot be repaired.  As a result of primary injuries, secondary injuries may appear which may or may not be resolved over time.  Those injuries produce various types of events, such as increased intracranial pressure,   compromised blood circulation, and decrease oxygen in the brain.  This domino effect may prevent resolution of the primary injury or complicate consequences of the original traumatic event.

If you are in need of a forensic neuropsychologist to examine your clients & assist with your cases, we are located off I5 freeway and Junipero Exit. 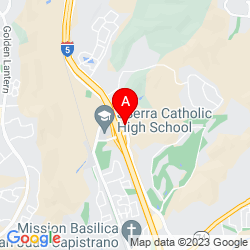